Posted on October 4, 2016 by Burning desires

Posted on January 1, 2015 by Burning desires

Back to Square One

Posted on December 7, 2014 by Burning desires 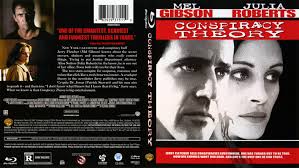 What is conspiracy theory?

To others, Conspiracy Theory is a term that originally was a neutral descriptor for any claim of civil, criminal or political conspiracy.

At the beginning, Conspiracy Theory might come from cold war, politics, world wars.

This happened in the past a lot, say World War I and World War II, Cold War, each country has its own storyline accordingly. In Vietnam, we had heard a lot about the former government and the present one are still fighting to each other and each has its own speech to protect the party’s right. Continuously, we don’t know how and until when this fight will be ended.

And the story of Vietnam-Chinese, sometimes it’s not a “theory” anymore but it comes to “behave”, “action” or “reality”. And the “object” of the “Conspiracy Theory” is Hoang Sa and Truong Sa.

We can see also in the war between Korean-Japanese, Chinese-Japan, Gaza “Israel – Palestine”….. all stories have Conspiracy Theory in it.

But then, conspiracy theories are not happen in Politics or War, Conspiracy Theory is just human nature.  Not all people in this world are honest, hard working and forthcoming about their intentions.  Certainly we can all agree on this.  So how did the term “conspiracy theory” get grouped in with fiction, fantasy and folklore?

Nowadays, we can see it more in daily life. A big firm, manufacture, bank, murder, drug smugglers… who could say that these organizations don’t use Conspiracy Theory towards to their competitors or people to cover up the dishonest nature.

False or true, people must base on the facts, events and their own instinct, point of view to decide, to follow the rumor or not. Mostly, in Vietnam, it (following, trust in a conspiracy theory) appears in community, it’s called “Group Identify” by Michael ad Karen  or in common sense, “Herd mentality” (văn hoá bầy đàn), trend and tendency drive followers.

2- Who Believes Them, and Why? How Can You Determine if They are True or False?

4 – Group identify is a factor.

these, to me, create and can tell how a conspiration success, false or true.

The 7 point shows how to test if a conspiration is true or false.

So, Who believe them, and Why?

As stated above, one of reason why a group believe in it, it’s because of the herd mentality. Trend and tendency influent on people, academy or illiteracy.

The education determines percentage of belief rumors,  Michael and Karen showed percentage of the influence of conspiracy theory on education. At this stage, “skeptics” are very important to success, just need to be careful on how they do, directly or pick the fringe to debunk the original story, makes it look crazy.

Lack of information sometime makes education can’t decide which way to go, in this case, for this, we cannot say education is 100% right when consider conspiracy theory is false or true.

But still, in some cases, education are not the main resistant wall against conspiracy, “Force-majeure” can drive people follow the stream, keep silent on it to protect their secret. This is the 4th way to test if conspiracy is false or true according to Michael and Karen.

To make it short, listed below are 10 ways to determine conspiracy theory is true or false:

1 – When no evidence supports the connection between events except the allegation of the conspiracy, or when the evident fits equally well to other causal connections – or to randomness-the conspiracy theory is likely false.

2 – The conspirators would require a superpower human to be successful but generally they are not as powerful as we think they are. So, these “superpower human” have also Achilles’ heel.

3 – The conspiracy is complex and its successful completion demands a large number of elements.

4 – The conspiracy involves larges number of of people who would all need to keep silent about their secret.

5 – A conspiracy theory is false when it shows that they conspirator wants to seize power, dominate the world.

6 – Inflation: when a small truth elements are over amplified, make it hard to believe or become true.

7 – It appears false when conspirators inspire the portentous meanings when they are rarely true or bring insignificant result.

8 – The theory tends to commingle facts and speculations without distinguishing between the two and without assigning degree of probability or of factuality.

9 – The theorists are extremely and indiscriminately suspicious of any and all government agencies or private organizations.

1- It is hard to believe a theorist when it comes from a person who doesn’t want to prove  that his theory is true. He always says that it is true but refuse to prove.

It has been long time I stopped writing, it’s not about time doesn’t permit, or work and life has brought up troubles, or many things messy around, but, one real thing is, I am getting lazy and doesn’t want to write. Thinking is much faster.

But yet, writing will get you release more, it makes you feel better and feel kind of speaking to a soulmate.

This morning, getting out of bed and trying to get things as normal after a wonderful week-end, I start to think of friendship. What friends are for?

It is “in good times and bad times

I’ll be on your side forever more”…as Dionne Warwick sang.

It is like “One of the most beautiful qualities of true friendship is to understand and to be understood” as Seneca, a Roman Stoic philosopher, said.

As to me, friendship is something like understand rhythm of silent, I remember when I was desperate from my first love. The world was grey with sluggish time, filled with gloomy days. One day, I shouted at one of my colleague, who is 10 years older than me, when we were eating out. I talked to her as if she was an annoyed thing. She was so calm and hugged me :” Cry, just cry and you’ll feel better, my sister. I wish that you’d feel better after you’d yelled at me, but it’s not.”  I cried as if had never been crying before.  I think she is my soulmate.

I have another girl who has been one of my friends since 30 years, when I was up, she sent me a letter :”I am so proud of you, Hoang”. When I was down, and flew to my brother, she and her husband drove 4 hours during the night from her house to my brother’s to listen to me crying and moaning. Then they drove another 4 hours back to work in the next morning. And last time, I went back to the US again, she knew my situation and said:”I am sorry for pause touching base, I was so busy…”. It touched me.

I am blessed with these two women who really care for me.

Then this morning, thinking of them, I asked myself what did I do for them? For sure, a moment in life they’d need a hand or a shoulder to cry on, but where am I?

I am bad to these two women who really need me in their hard time.

People said :”A friend in need is a friend indeed” for one way: what people do for me?

How about the other way: What did I do for my friends?

Both are questions but two meanings.

I like to hear Super Star asked a girl cry on the man’s shoulder when she is down and he will show her his love, to me, it is also a love of a friendship.